CLOSED: What should be the total GIV Supply?

Our initial plan was to mint 100 million tokens at the get go. 17% is going to be GIVdropped. Of those, 10% will be liquid and 90% will be in the GIVstream)… so with a 100 million initial supply, we’d have an initial circulating supply of 1.7 million GIV.

Should we change the initial supply to change the order of magnitude of GIV? What should we set the total initial GIV supply to be? I made a table to give you and idea of what that would look like… In italics is our current plan. In bold is my favourite solution.

*This is the maximum amount of tokens being allocated to give out for every 2-week GIVback round: 0.1% of the total supply per round.

This is really a matter of the psychology of numbers - what sounds best? What looks best? What makes the most #highvibes?

I really think a 1 billion GIV initial supply is a cool option:

That said, open to hear others’ suggestions/opinions. What do you think is best? 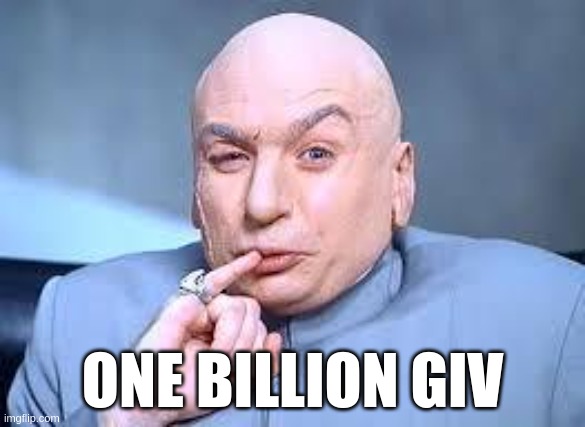 At a billion GIV, a GIVdrop recipient gets 60 GIV which breaks down nicely to give 10’s away pretty freely and get in on more GIVbacks… the numbers do feel more incentivizing. All I see is GIF’s. Oprah “You get 10 GIV” “Everyone gets a GIV!” These numbers will also clearly make for great Twitter content.

It’s the GIFt that keeps on GIVing.

Besides that though, I do think this is a great parameter to revisit before launch now that we’ve seen DappNode and BrightID so thank you for presenting this proposal - I’m in favor

I think you made some great arguments for 1 Billion and would support updating this! 1M GIV/week for GIVbacks is definitely memier

Plus everyone will get 10 times more GIV

I love the 1 billion proposal!

We will need to keep in mind that each round of GIVbacks cannot contain more tokens than 75% percent of total donations made to verified projects. 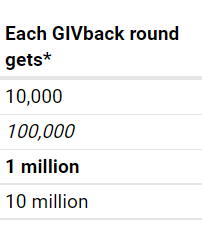 The full 1 million will be available for GIVbacks during the round… but if the full 1 million isn’t used (i.e. it’s more than 75% of total donation value)… the remaining tokens go to the GIVgarden to fund proposals

Shall we make the initial supply 1 billion GIV?