EthDen 2022 Talk Summary: Biggest Web3 Opp No One Is Talking about

Below is a summary of one of Griff’s EthDenver 2022 talks: The Biggest Web3 Opportunity That No One Is Talking about 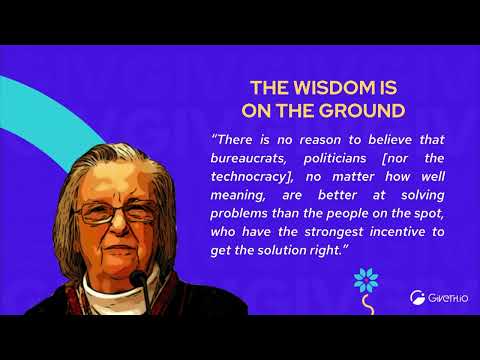 10.5 TRILLION USD in the US alone is spent every year in PUBLIC GOODS!!

What is going on?! In the non-profit space, they are literally begging for money and asking for discounts, volunteers go unpaid, and those who are paid are underpaid. Web3 has the opportunity to change that. We cannot count on governments or non-profits to meet public goods needs nor to transform this failing system. 500 BILLION USD is spent in the US alone on non-profits in the most inefficient ways possible.

Let us draw a comparison: there are so many opportunities for individual luxury –cell phones, cars, computers– because profit acts as a Schelling Point to bring everyone together. We have been taught to believe in it and accept its design. In public goods we are swimming upstream. Everything is sacrifice all the way down, but there is another way! We have an opportunity in web3 to change that:

REGEN ECONOMIES - mission-driven economic systems that reward the production and distribution of ABUNDANT goods and services to satisfy COLLECTIVE wants and needs.

We are already doing it! We have so many! Just to name a few:

Here’s a thought: instead of burning your money as donations with these orgs, why not buy their tokens thereby buying into the regen economies themselves to support the production of their further value in a regenerative fashion?

We have the opportunity to bring metaspace into meatspace.

Giveth’s goal is to spinout 1,000s of microeconomies, and we’re going to do it.

A lot of our wisdom comes from the greats like Elinor Ostrom. The wisdom to solve our problems is already there. We have it!

“There is no reason to believe that bureaucrats, politicians [nor the technocracy], no matter how well meaning, are better at solving problems than the people on the spot, who have the strongest incentive to get the solution right.” - Elinor Ostrom

The wisdom is on the ground already, and Giveth is going to unlock that by starting with building the best donation platform in the world, which will help bring folks into the web3 space. 100% of donations go to the nonprofit, and we pay you to donate. You can’t beat that! GIVbacks come in the form of GIV tokens and you also get a GIVstream. You can actually make money by donating as the price of the token is driven up.

GIVpower is the next step and is all about giving power to the donors on our platform. GIV token holders can stake their tokens behind nonprofits. We want to create a virtuous cycle to pull successful projects onto the path of becoming a DAO. Once a project gets a lot of GIV tokens staked behind them, they can gamify the contributions by creating a non-financial reputation token and becoming a DAO. In this way, the projects can control their own donations with their DAO, which is controlled by the token holders, namely the folks contributing on the ground!

Then we have Gurves! This is the just the beginning for the new nonprofit DAO and the end of the Giveth roadmap: it is the creation of a system where the new DAO has its own economy where donors and volunteers become actual stakeholders with financial holdings. And everyone who contributes has a voice. Everyone who contributes becomes part of a start-up that is creating entrepreneurial opportunities in the public goods space.