I think this proposal is great as is and doesn’t need changing! where do I sign!?

Any one have any opinions there?

I think it’s a good idea:

If there are no strong opinions against this, let’s just push forward!

Shall we make this Final GIV Distribution Final?

thanks everyone for your engagment

GTH tokens are not related to Giveth! Looks like they’re from Gather Network 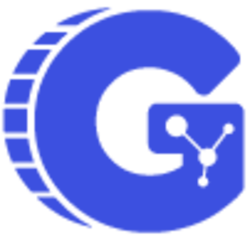 Gather is a platform that allows publishers to monetize without ads and provides businesses & developers access to cheap and reliable processing power.

How do I know? I received the GTH tokens when I gave ETH to Giveth.

ah yes, I see! I think those are older tokens minted before for another purpose (before my time). they aren’t going to be used as part of the upcoming GIVeconomy.

In other words, people who have contributed to Giveth from the very beginning have been forgotten about. Noted.

I don’t think that is true… all donors ever to Giveth are part of the Airdrop of new GIV tokens, so if you gave ETH to Giveth, you should be receiving GIV tokens in place of the old GTH tokens!

Do you have the address you gave FROM so we can check the list?

Anyone in there should be part of the new Giveth.

Can one of you confirm that all Givers to Giveth as seen in the above token contract (addresses that received the old GTH token) shared by @spawnercouple were captured in the Past Contributor distro?

That is absolutely not what I said at all. I said the GTH token is not being used in the GIVeconomy. It would be great if you would refrain from jumping to conclusions.

Our upcoming GIVdrop is going to past donors to Giveth, past users of Giveth, past contributors plus many other crypto donors including donors to gitcoin grants and blockchain 4 good builders.

We have made every effort to include all valid addresses in this GIVdrop made at our discretion with an emphasis on donors and people who have supported Giveth in the past. We have also used an anti-sybil attack measure to remove airdrop seekers from the list. If you are eligible for a GIVdrop you will be able to check it once the GIVeconomy launches, and if you have been a real supporter of Giveth from the beginning, it is likely that you are part of it.

I don’t know you, you don’t know me. But from the point where you got confused between Gather Network token and Giveth token, I sort of made some quick conclusions indeed.

Yep! All these OG Donors will be included in the GIVdrop for sure

That’s exciting news, thanks for clarifying @Griff. I’m looking forward to what this token will enable!