REJECTED: Proposal for Simplifying the Circles to just 2: Development + Operations

I want to propose a change in the way we structure our circles so that we have just two:

A Circle is an overarching grouping… bringing together our unique individual roles until some umbrella headers. The purpose of calling this a “Circle” is to have all people under the Circle aligned with common goals.

Advantages of this proposal:

When you think about it… that’s really all we’re doing right now… Operating Giveth (reaching out to people, talking to each other, using tech, governing our community, etc.) and Developing (DApps, a token economy, better user flows, etc.).

This wouldn’t change our working groups (communications, giv-economy, TRACE, giveth.io, design, governance, etc.) or our meetings. This would only change the way things our written in our documentation and create a bit more simplicity in the payment process if we use TRACE.

Let me know what you think!

Me too but I think 2 is a bit of an oversimplification.

All good things come in 3’s.

Operations feels too corporate and itchy.

Putting the GIVeconomy inside development along with design seems excessive.

Will think more and look forward to the discussion - this is just first response.
~Dani

I shared a lot of my view in the comms channel starting here
I will do my best to summarize it here as well.

Honestly at this point i wish we could just make up our minds… these things seem to change every day and it would be really nice to have a direction instead of chasing our tails writing proposals and documentation for nothing… if were gonna go north, lets go north… if were gonna go south lets go south… but lets not play tug of war…

I feel that by reducing to two circles we would be erasing clarity and direction. Roles and goals would be less defined instead of empowering. I think that its okay that some circles overlap and thats what keeps us all connected is those overlaps. Instead of focusing on the redundancy of how community circle and comms circle overlap, we focus on the relationship between the two circles and how they support each other in reaching common goals.

I was first under the impression that the circles were what we called working groups so maybe im unclear as to the definition and difference between circle, sub-circle, and working group.

I think its worth taking the time to form clearly defined foundational blocks to build on and it feels like that is the process we are going through now. If we take the time that we need to think these things through and agree on the structure, things will be much smoother moving forward.

Take a look at how the swarms are set up in 1hive… its very clear what each working group or circle is up to, how they manage the funds for that group, what the goals are and the direction that they are headed. I would like to be able to provide resources to our community that mirror this kind of clarity and collaborative structure while also supporting decentralization in any way that we can. I also realize that our community is much smaller and might not need this type of granular detail at the moment. 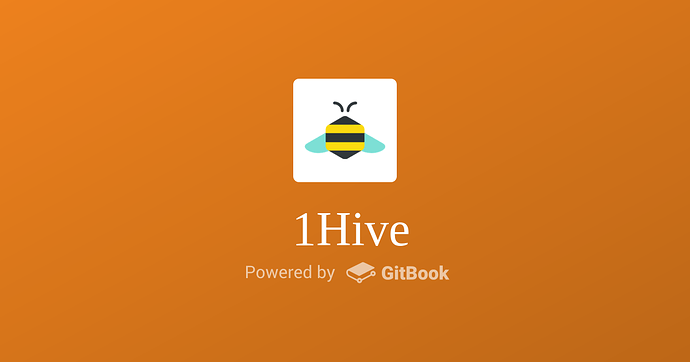 In this 2 circle model, that would make our current teams sub-circles?
Which would mean more circles than what we already have?

However we choose to set it up, i feel that it is important that each team (comms, gov, dev, community, design, etc.) has a clearly defined structure and roles so that people who want to get involved feel empowered to take initiative with clear direction.

Teams that we will need in the near future:
Graviton Team
Support Team
Verification Team

It feels like each of these groups, whatever we call them or however we choose to organize them will need guidance on how to be a part of that team, what the requirements are, the different roles in each team as well as a clear direction and overarching goals or mission of that group or team.

If the purpose of only having two circles is mostly for ease of payments, I dont see why we cant all propose our traces to one campaign - updating what we did to contribute and where each month. While we are still a small team, theres no need to make the payment system any more complex since we all have so many different roles.

The only question that this leaves unanswered is how to collect sourcecred and praise rewards.

After reviewing Ashley’s comments I feel that a “Structural Proposal Debate” is warranted!!

I will make a new proposal for my 3 Circle suggestion.

Does everyone think of design as an entity?

Design is embedded in the product, doesn’t need to be treated separately.

I hear your point and I agree that four circles, or at least the four circles we originally proposed isn’t a realistic representation of Giveth as it is now. I’m a bit averse to the whole idea of circles proposing budgets to get people paid. I’m sceptical of the idea of making circles and sub-circles(working groups), I don’t think that’s making it any simpler than what we have now.

This is a good start and I appreciate Ashley and Lauren immensely for their patience and willingness to get us organized. I’m sure we will arrive at something awesome that will satisfy everyone!

This proposal was rejected in favor of the Power of 3 Circles Proposal:
https://forum.giveth.io/t/passed-proposal-for-the-power-of-three-circles/42/9