We have started to work with Funniverse creating some sketches to define the collection direction. I need your feedback to move forward with the designer, so I would appreciate it if you vote on the polls.

Initially, we have thought of a character PFP representing a “Giver” but we can also choose to represent a hand giving love (funds, support, help, visibility,…) to our projects.

Most collections have only one character representing all options. We thought it might be interesting to ask the community about that so we need to decide if the collection has a two-gender character or only one.

Would you prefer a more “human” character or an “artificial” one? 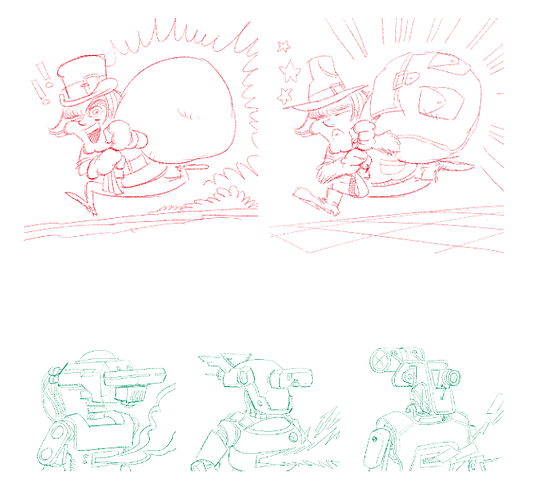 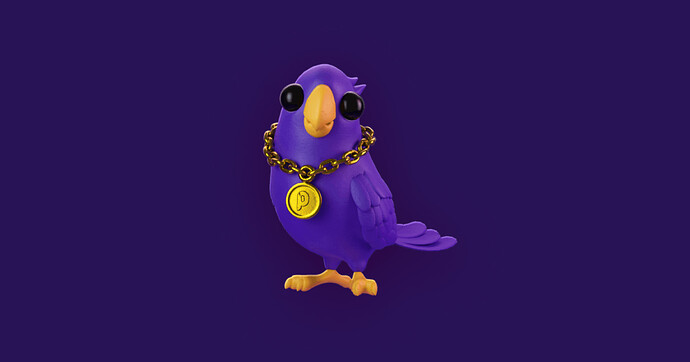 I like the idea of having “artificial” character, but not so much a robot. Maybe animals, alliens, winged creatures, IDK…

love the idea of it being a giver, someone who gives… maybe each one has their hands in the image? and something floating above or coming out their hands… like a heart or a seed or a tree.

for reference/support, here is the giveth mission vision & values: What is Giveth? | Giveth Docs

We have created a miro board to brainstorm collection design where everyone can add their ideas.

Here are some additional sketches out of the first meeting we had last week, one of them representing more “futuristic” characters. 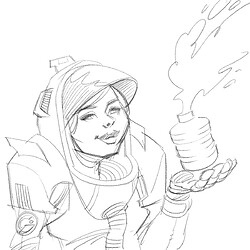 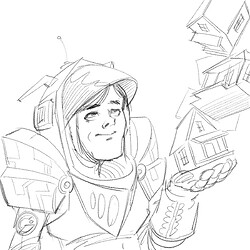 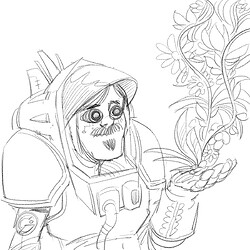 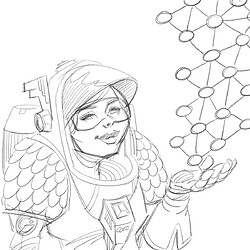 And a second option with more “solarpunk” characters. 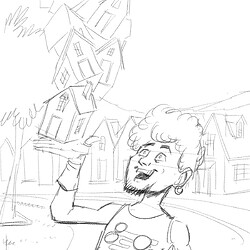 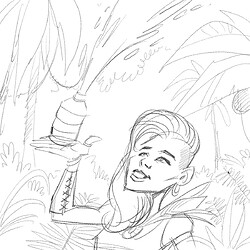 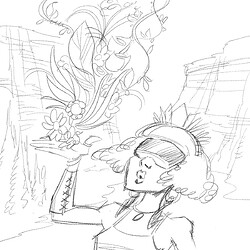 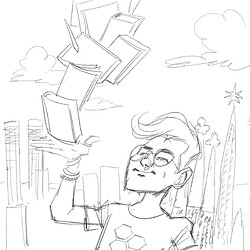 I’m also in favor of more solar than punk, so to speak, and also less “futuristic” more earthy. Nothing above strikes me as particularly in that vein yet. Maybe also less silly?

I also don’t understand the houses and liquid with bottle coming out of the hand (and what’s the last future one: physics molecules?).

Thanks for working on this, @santigs !

Thanks for your feedback @Suga
They “kindda” represent the different projects in Giveth. Watter, housing, community, funds,

Thank you @mitch.
Yes, the idea is to add backgrounds representing places familiar or “important” for Giveth as Barcelona, Colorado, the jungle, maybe giveth house, etc.

I like the second option with the people in Giveth swag & the different backgrounds.
I agree w/ suga tthat the waterbottle is hard to understand.
Agree w/ mitch that a cyberspace background would be cool!

I added some more thoughts into the miro board. Thanks for pushing this @santigs !

Thank you for all the input @karmaticacid !

I really like the second set, @santigs. They look very similar to the images I was collecting on Pinterest. I put a post-it on the PFP board suggesting having the projects be grouped into one of the 5 elements as themes. The characters can give “gems” or “energy balls” representing the elements. Many of our target donors grew up watching The Last Air Bender, Dragonball Z & Captain Planet. It might bring some nostalgia that makes it familiar and collector-friendly.

Wow, this is fun, thank you @santigs, leaving my ideas and comments in Miro.

I do feel like we are getting closer - these have great vibes!

1.) The angle of the hands with stuff coming out of them seems more like receiving, or creating, than giving. I love how in our Giveth swag the hand is clearly ‘handing’ the object even when there isn’t another hand to be receiver.

2.) I think it creates a vapor-y feeling when it’s going up into the air and the character is looking up at the thing springing from their hand. More groundedness would come from it going outward instead of upward, if that makes sense.

3.) The angle of the character in the first set is more appealing, I like the feel of the robot fish lady looking AT me instead of amazed by their own gift to the world. If I were to use a PFP of me, I want it to help me connect with who is looking at me.

Hi @santis ! Did the settings change on the Miro board? For some reason I can’t access it. Thank!

Not that I’m aware of, let me check with @rodri_castillo as he was setting it up?

@rodri_castillo has got me sorted. Thanks!

Hey @santigs ! I see your second proposal on the GIVgarden requesting funds for the PFP collection. Can you please leave a bit of an explanation here for the amount your requesting and specifically what the funds will be used for?

Sure.
If you check the initial proposal I was requesting 15K xDai for almost all the work, I was not a Giveth contributor back then. After I joined the team and had some discussions in the proposal, I reduced the amount only to that being requested by the artist as my management is included in my Giveth contribution. We also decided it was better to focus on the art and have the smart-contract, and minting site apart and start with initial draft designs to get the impressions of the community.
We then reduced the amount to 10K and launched the first phase for half that amount.
Due to Giv’s price decrease, the final amount in the first phase ended up being 3.400 xDai. When I posted the second and final phase proposal I tried to match the 6600 xDai considering the exchange at that specific date.
I plan on supporting development with some tools we can use to create and deploy the smart-contract and minting site.