After turning off the Univ3 farm, we have been researching how to best create liquidity while protecting the value of $GIV for GIVbacks, the GIVgarden & all our future ventures. The best option emerging is clearly ICHI’s Angel Vault.

To make this a success, we will need to seed the Angel Vault with at minimum 500k USD in stable tokens and a lot of $GIV. We have lots of $GIV but the stable tokens are harder to come by. We need a way to raise them and the most obvious way is to sell $GIV, and I propose that we partner with DAOHaus to create a YEET where we sell $GIV at a discount for $xDai. There are a lot of details as you will see below.

!praise @graceless @willyfox @karmaticacid @yass & @decentralizedJ for all their support on coordinating with ICHI to make this all possible.

This is a HUGE deal and we will definitely need several AMA’s and conversations before going ahead with this deal, but given the recent shutdown of our Univ3 farming, and the track record of ICHI, there is also some urgency to push this forward.

We would like to propose that we try to launch this before the end of April, and start collecting fundraising a week from today. Proposed Timeline:

The ICHI team told us that the development of the Angel Vault after the funds are collected normally takes ~1 week. We need to make sure the vault is up and working before awarding the GIV tokens, so that there is liquidity and incentive to hold $GIV that is dispersed.

The ICHI team has told us that if we want to do an Angel Vault, it will work best if we have about 10% of the market cap in the buy wall. This sends a powerful signal to the market that there is very little chance of the price dropping. Our current Market Cap fluctuates between $5 & $6 Million USD so raising $500k in Stables and pairing with 125k of $GIV would meet this requirement, but the more we raise the better! We would like to raise $1 million USD to send a message to the crypto community that Giveth is here to build the Future of Giving and we aren’t going anywhere.

The participants of this fundraise will buy $GIV at a discounted rate.

2% discount for the next $500k USD contributed

With a fundraise hard cap of $2M USD

Having more than a million dollars in the Angel Vault is great, but it starts to be a large amount of the total liquidity for $GIV and it would be great to diversify this liquidity to xDai where most of the $GIV lives, so we propose that we put 1% of all xDai raised straight into the Liquidity Multisig on xDai and after raising $1M we send 32% of the rest of the xDai raised to the Liquidity Multisig to create a simple GIV/xDAI pool to be protocol owned.

We also want to support the Regen movement in crypto and donate 1% of all funds to donation.eth, and after we hit our 1 million dollar goal, donate 5% of the therest that is raised.

And to use YEET as a platform, we are working with DAOhaus and the YEET team to find a win-win solution. On their website they request a 3% fee to use the platform. This can easily be avoided in the deployment process, but in the spirit of DAO2DAO coordination I would propose that we live up to this agreement and trade 3% of what we raise with them for HAUS at spot price.

So this would be the distribution at various amounts:

If you would like to play with these numbers, here is a spreadsheet:
Giveth Angel Vault YEET details

One of the great benefits of launching this Angel vaults is that ICHI will launch oneGIV stablecoin for the GIV community and use that token to create a buy-wall to support GIV token price. This token will be backed by $Fei and $GIV and after launch 1 $oneGIV can be minted with $0.80 USD of $FEI + $0.20 USD of GIV.

This will be amazing as we can eventually bridge $oneGIV to xDai and begin to use it as the stablecoin of choice for our community, there will be no changes immediately because of this, but I fully expect to incorporate this into our ecosystem in many cool ways.

What is a YEET, and why use it?

In short, YEET is a new fundraising platform coming out of the DAOHaus/Metacartel ecosystem where each project raises funds into its own Moloch DAO.

The benefits of this is that every contributor can redeem (“ragequit”) to receive back the portion they contributed, and the benefits to Giveth is that it builds a stronger bond between Giveth and one of the most similarly aligned communities in web3, while being able to use their system without building our own front end.

We are still negotiating the win-win details of this partnership, 3% of the funds we raise going to buy $HAUS for creating a Liquidity Pool is IMO a great option.

Why use $FEI over $USDC or $DAI

TRIBE has has agreed to match our Angel Vault deposit with 10% of the total funds and it would be beneficial to also build a connection with the $TRIBE Community. Hard to beat that!

There are a lot of details still to come, but please give us feedback on this general concept! Do you think this is a good idea?

I think the most crucial time period for this proposal will be the fundraising period - It would be cool to have at least 3 weeks to collect funds.

after raising $1M we send 32% of the rest of the xDai raised to the Liquidity Multisig to create a simple GIV/xDAI pool to be protocol owned.

How did you arrive at 32% after the $1M threshold?

I am down for 3 weeks… would be open to other thoughts too.

What if we upped the discount to 20%/15%/12% and we gave them a stream? This would be a great opportunity to loop in investors into more features of the GIVeconomy. Can also use this to highlight our stream as a service, RegenFarms, etc.

We should make an NFT & a Poap for the supporters:

I think it’s a great idea to sequester supporter tiers into 4-5 tranches, and give top 3 contributors unique NFTs as well. Call them GIV Angels

Also, we can consider making the NFTs soulbound?

I created an epic for the comms around this. Plan is:

What about these as tiers:

I really don’t like “Saint”, has such a religious connotation. I mean, so do angels, but feels like less. Not sure how I feel about “God” - saying you become “God” might piss some people off? I’m open to it though. 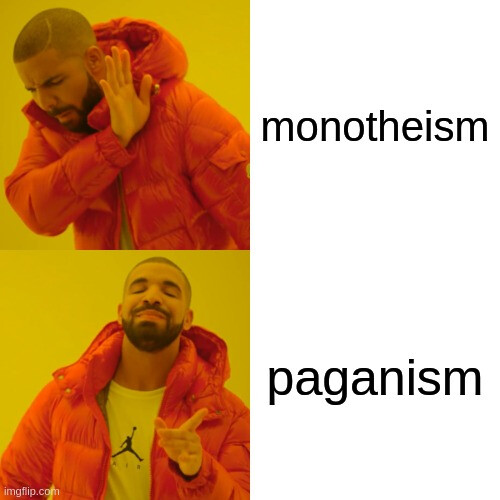 Ok so I think we should up the %'s

In the end, we don’t want to send SOOOOO much money to people looking to profit, we have an incredible “Trusted Seed” of altruists right now I think we can handle selling 1M and still have a the vast majority of Altruists, but after 1M the benefit of bringing more stables in starts to decay… so I like keeping the 1% there

Also to get specific lets say “Behind the wall”

This is a good example of a Wall… $FOX’s wall hasn’t worked as well because it wasn’t intimidating enough (only 4% of their market cap), but it shows the idea of what we are trying to create well: 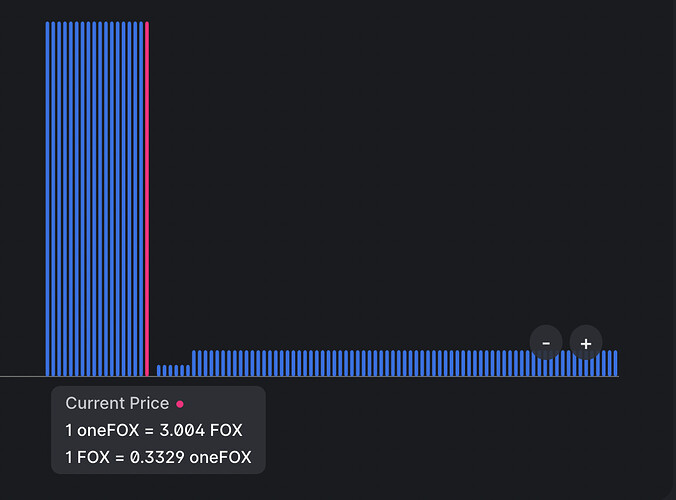 So after we launch the Angel Vault and everything is tested and working, we will confirm the price at the first tick of the wall and give the discount on GIV tokens based on that.

No one in the future will be able to buy on the other side of the wall… so it should be a great opportunity.

I think we need to get a better understanding of discount numbers and understand what the wall would look like We aren’t going to be able to start this tomorrow. Once we have clearer details, and have validated that we can raise the 500k, we can get this YEET started!

I would really like to get this up ASAP tho! Will keep this thread as up to date as i can!

Talking with a few people more familiar with this process, I think we save a lot of grief by just using the right side of the wall, which is effectively just slightly below the market price at the time of the launch… so I edited the post above.

Ok I think we can avoid selling GIV tokens!

Step 1
ICHI adds GIV and FEI to their fuse pool
Step 2
Fei brings ICHI into the Turbo program
Step 3
With the turbo program, ICHI can mint the 1,000,000 FEI (or more?)
Step 4
ICHI deposits the FEI for lending
Step 5
We deposit boatloads of GIV and borrow the 1 million FEI
Step 6
… Angel Vault

We are working with FEI and ICHI to pull this off… more coming soon.

good job @karmaticacid on the new terminology… sticking with angel types is smrt.

Unique NFT’s for top/special donors is cool too, maybe 1st Angel, 1st Archangel and 1st GIVangel would incentivize filling all the chairs in the choir

We can actually just use the GIV as collateral to borrow FEI… The process is a bit complicated but in partnership with ICHI and Tribe DAO, using Rari pools & Turbo, I think we can make it happen, it looks like this: 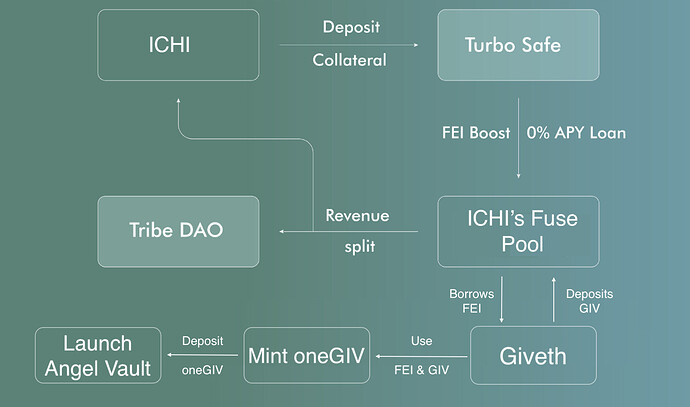 This diagram is basically jacked from this article which explains Turbo: Tribe Turbo. The Tribe DAO strongly believes that a… | by Fei Labs | Fei Protocol | Medium

So we are skipping the Yeet I think.

It is unclear when/if ICHI will launch their own Turbo pool so we decided to take matters into our own hands and to speed things up we are exploring our options with launching our own Rari Fuse pool.

We will use GIV tokens to borrow the Stable tokens and use them to fuel our Angel Vault on ICHI which will protect the $GIV price and provide an additional layer of comfort for GIV HODLers who plan to use the asset as collateral when borrowing on Rari Capital.
Griff is working to put up a forum post on this with more details today/tomorrow.

Regen Pool - The Path to an Angel Vault... and maybe much more! The Giveth Platform

GM! Sorry for the epic post, but there is a lot to discuss here. Prequel I started writing this post before the very extreme liquidation event that the ICHI community suffered from via “Bad Debt” in their Fuse Pool on Rari. This event took their token price from $120 to $12 in ~14 hours and down to below $2 in 2 days. This was not because of their Angel Vault or Branded Dollar products, it was because of a poorly parameterized Fuse Pool that allowed untrusted parties to over leverage themselv…